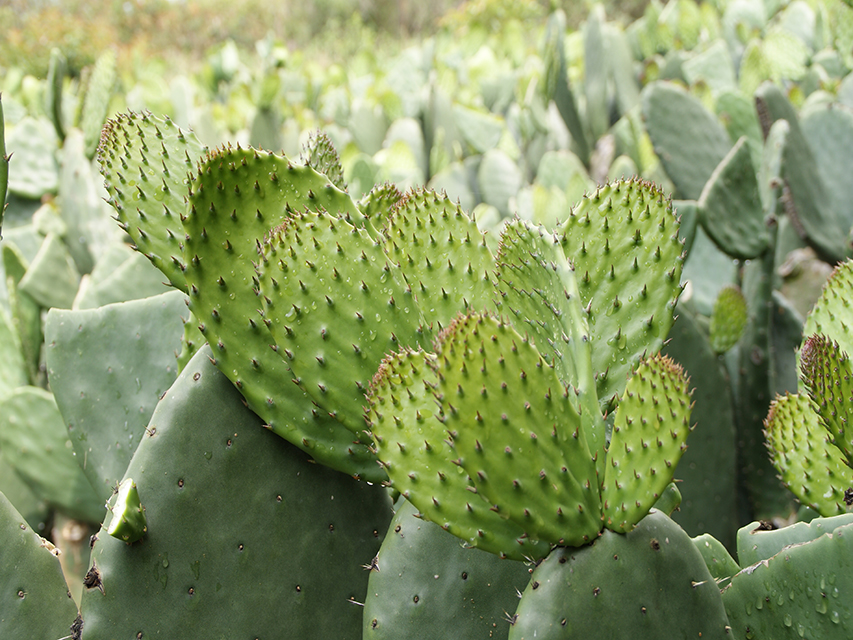 Nopal Cactus, at times referred to in English as “Prickly Pear”, “Indian Fig” or "Barbary Fig" is scientifically categorized as Opuntia Spp, a generic name referring to over 200 species of the Opuntia cacti family. Here in this section we will attempt to distinguish between the different varieties of edible types of these Cacti and show what is actually considered to be the vegetable and fruit variety of Cacti, known popularly as the Nopal cactus.

Nopal cactus vegetable variety known in botany as Opuntia ficus indica or OFI, is the vegetable and fruit variety of the Opuntia Spp species with a 12,000 year historical record. Originating in the volcanic region of Mesoamerica now known as Mexico, Nopal OFI has been offering mankind this staple food and nutritional plant for thousands of years and therefore, many thousands of years before the Aztecs migrated to this Mesoamerican region. 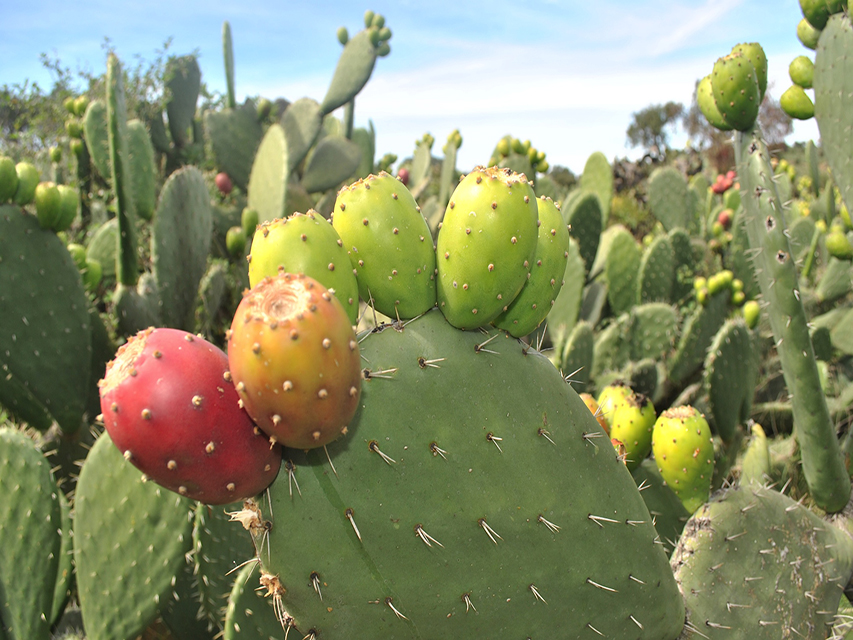 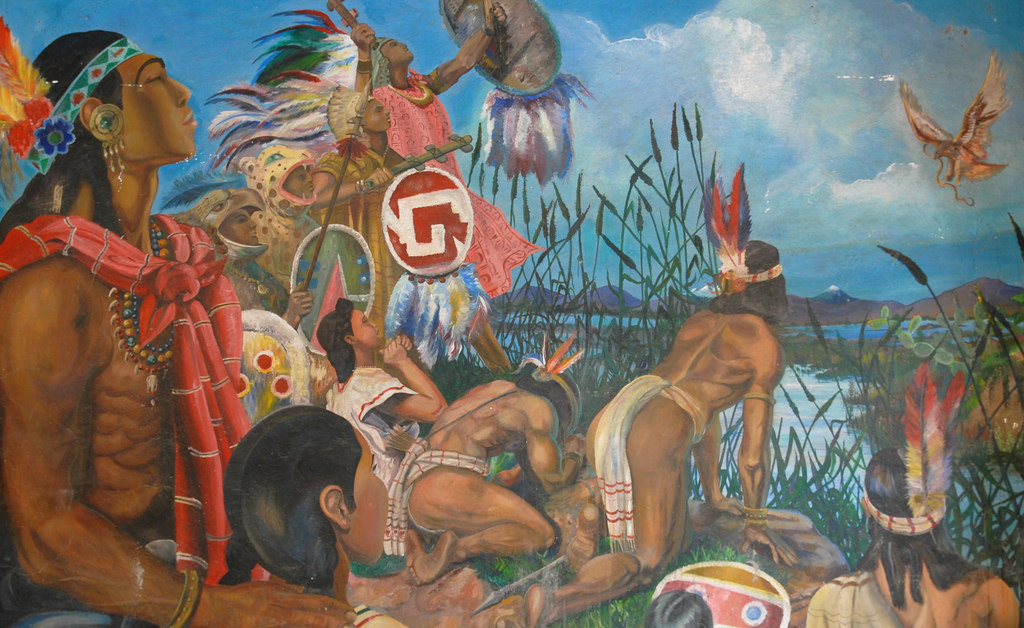 The prophetic Nopal Vision of Aztec civilization in Mesoamerica (Mexico) was founded on a myth or legend. The popular belief that “During the fourteenth century, [the god] Huitzilopochtli told the Aztec chieftain that their new homeland would be on the island in Lake Texcoco, and when they reached the island they were to look for an eagle eating a snake perched on a cactus growing from a rock or cave surrounded by water. This would be the location where they were to build their city and honor him.”They found this location and began to build their city around the year 1325 AD.” Aztec translation for Nopal, in the native nahuatl language = Nochtli. Thus the name for the new city “Tenochtitlan” or “The place of the Nopal cactus”.

Tenochtitlan is now Mexico City, yet the Aztec Nopal vision is preserved on the National flag. For this reason we have named our Nopal Co-op grower society Tenochtli. As we are very close to the ancient lake Texcoco.

So central was Nopal to the many indigenous tribes of Mexico that they are the root of Mexico City's Aztec name ‘Tenochtitlan’ meaning "place of the cactus". In cases of drought, Nopal was the lifeblood of ancient cultures in Mexico for it was both food for the indigenous tribes andfor their livestock. As the historical archives suggest Nopal was used to soothe wounds as it was used to stiffen cloth, purify water and waterproof paint. It strengthened mortar and was used fence off valued animals and to protect habitats from wild ones. Cattle that grazed on the Nopales were said to develop a special flavor to their meat and milk. 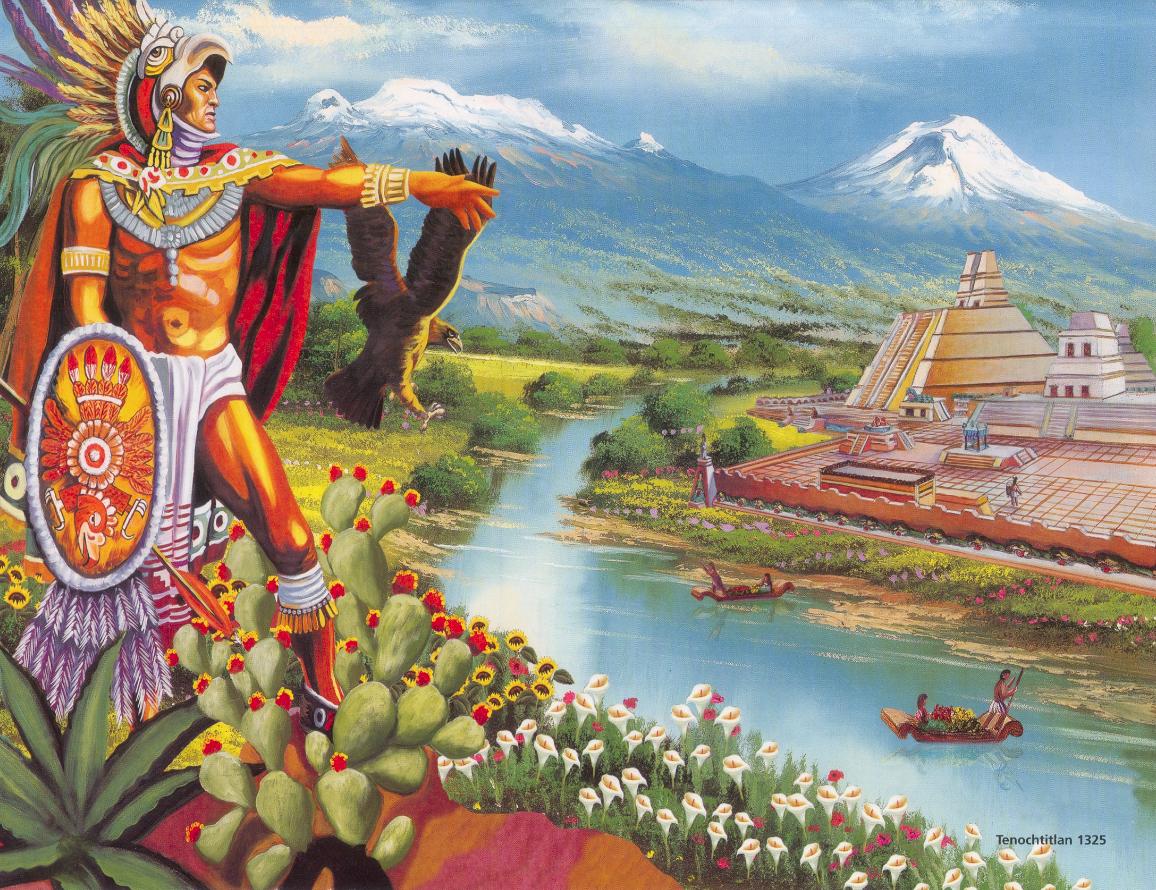 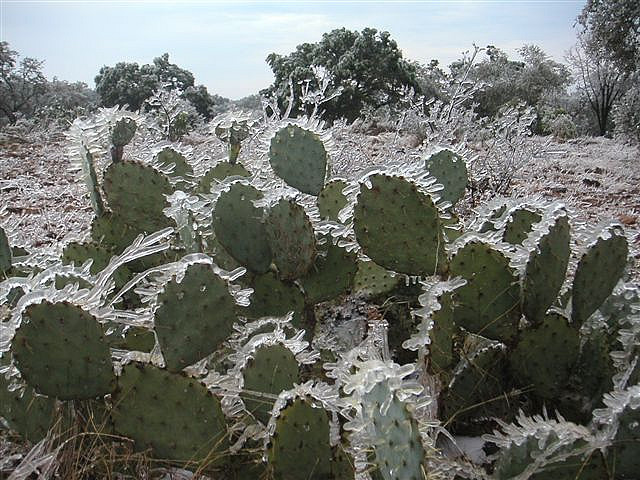 Highly adaptable to a variety of climates, Nopal cactus cross-polinates and propagates easily. Nopal spread throughout the North and South American continents and Caribbean in the Pre-Colombian Period. Nopal was treasured by 15th century explorers and explorers and european travelers for its alleged natural ability to prevent scurvy and stave off hunger and therefore it was consequently introduced to Europe, Asia and Africa where it rapidly adapted to various environments and proliferated into the nearly 200 species that continue to be botanically defined.

There are two principal fresh food crops derived from the Nopal ‘Opuntia Ficus Indica’ Cactus.  One is the "Nopalitos" that are the Nopal cactus pads or leaves and the other crop is the Nopal “Tuna” or the ‘prickly pear’ fruit of the Nopal Cactus. ‘Nopalitos’ the vegetable variety Nopal pads are native to the high altitude mountain volcanic rich soil of South Central Mexico. The ‘Tuna’ or ‘Prickly pear’ fruit Nopal cactus is also primarily grown within our region. 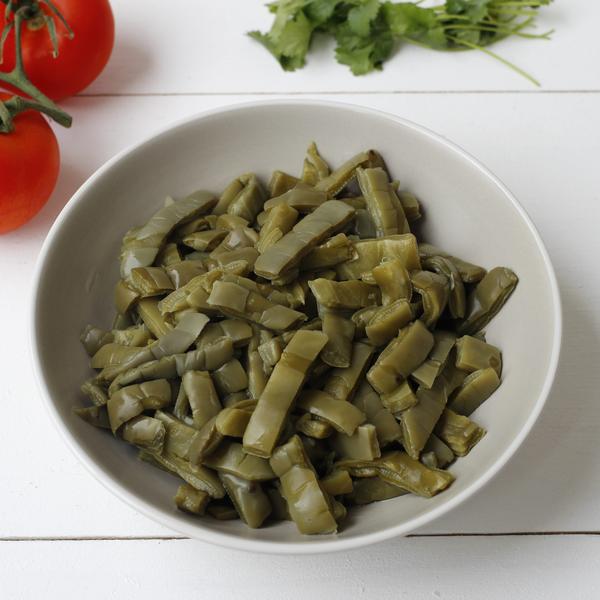